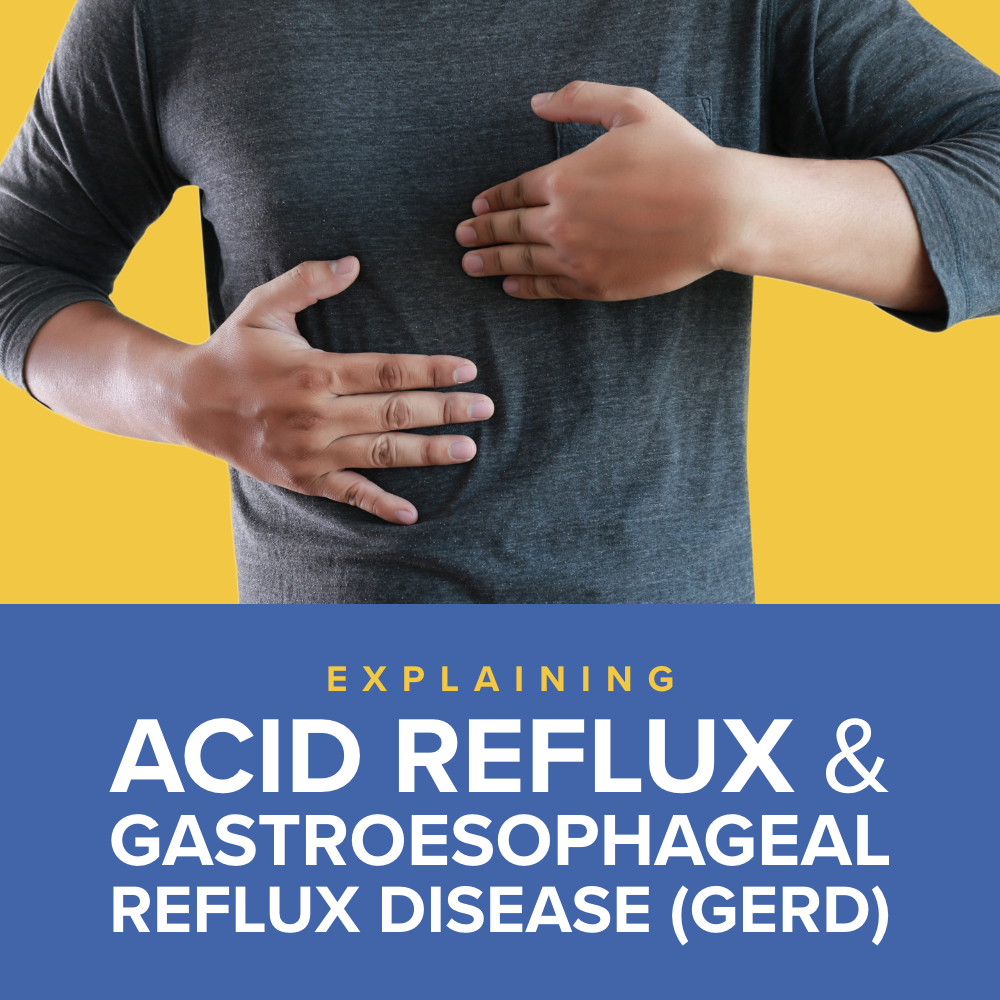 Heartburn and acid reflux can be debilitatingly uncomfortable. And while most of us can beat back a bout of it with some antacids, the National Institute of Diabetes and Digestive and Kidney Diseases reports that roughly 20 percent of the American population suffers from gastroesophageal reflux disease (GERD), which causes chronic acid reflux and heartburn.

(Wondering about the difference? Acid reflux is the flowing back of stomach acid into the esophagus; the burning in your chest that results from that is the uncomfortable sensation of “heartburn.” In other words, heartburn is a symptom of acid reflux, according to Healthline.)

GERD isn’t just uncomfortable. It can also lead to more serious health problems, reports Mayo Clinic, like a narrowing of the esophagus, open sores or ulcers in your throat, and even cancer. The acid damage can cause something called Barrett’s esophagus, which is a condition in which the tissue lining of the esophagus changes and may become precancerous.

So what all of this means is that if you’re having heartburn regularly, it’s a good idea to talk to your doctor. And if you’re having severe symptoms, such as vomiting green or yellow fluid, fluid that looks like coffee grounds or contains blood, if you’re having trouble breathing after vomiting (or in general), if you have pain in your mouth or throat when you eat, or if you have a hard time swallowing, see a doctor immediately.

If you’re still wondering about GERD, here are a few things you should know.

It’s common.
According to one study, nearly 60 percent of Americans experience heartburn in a year. Twenty to 30 percent of us get it weekly. And 20 percent of the population has GERD–that’s 60 million people. So if you’re feeling the burn after a glass of red wine, well, you’re not alone.

There are triggers for heartburn.
While people with GERD suffer heartburn regardless of what they eat or drink, some foods can exacerbate symptoms, and cause them in people without chronic reflux. According to the Cleveland Clinic, tobacco, large meals, citrus fruits and juices, caffeine, carbonated beverages, alcohol, peppermint and spearmint, tomatoes, dried fruits, greasy food, spicy foods, garlic, onions, and chocolate may increase your chances of experiencing GERD. If that list makes you terrified you’ll never be able to eat anything delicious ever again, don’t worry. First, occasional run-ins with reflux are super common and can often be quieted with a mild antacid. The best way to keep enjoying your favorite foods is to keep your meals small and your intake moderate. It always comes back to that, doesn’t it?

And some conditions make you more vulnerable to heartburn and GERD.
Heartburn is a pretty standard terrorizer during pregnancy. The same is true for people with hiatal hernias, which causes the stomach to be pushed upward (and is something like what happens in pregnancy), according to the National Institute of Diabetes and Digestive and Kidney Diseases. When the stomach is crowded into the opening of your esophagus, acid can more easily flush backward into your throat. This can be associated with higher BMIs, as well. And sometimes people get GERD for unknown reasons.

What happens if you suspect you might have GERD?
If you’re regularly finding yourself reaching for the Tums or the Zantac, it’s probably time to call your doctor. They may prescribe some tests, says the Mayo Clinic, such as endoscopies or X-rays, or recommend lifestyle changes specific to your daily routine. But everyone’s different, so make sure you’re talking to your health care provider.

Next: How to Stay Healthy with Screens
Upcoming Events
View Full Calendar